Home Mobile The new iPhone X and Apple’s “super cycle”: the truth that Cupertino doesn’t want you to know 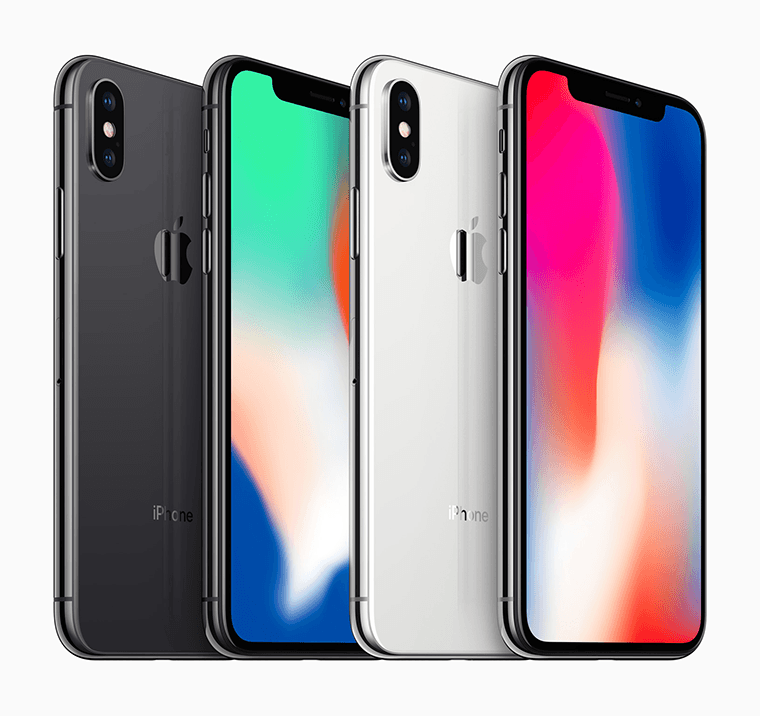 Here is what you need to know.

The 10th Anniversary Edition of Apple’s smartphone, the iPhone X, is out in limited quantities. A total breakdown of the sales of iPhone 8 and 8 Plus is at hand. No one wants yesterday’s tech if they can have tomorrow’s tech, tomorrow—the Osborne effect at its most brutal ever.

In 2017, plenty of things have already gone wrong for Apple—a lot worse than anticipated. First, the adoption of the iPhone 8 and iPhone 8 Plus failed to pick up steam, much to the dismay of Cupertino turtelnecks. Then followed the unthinkable: the announcement of iPhone X in brief succession to the general availability of the iPhone 8 triggered the Osborne effect.

The Osborne effect, named after Adam Osborne, the creator of the first commercial portable computer, refers to a disastrous misstep that pushed Osborne towards bankruptcy: by pre-announcing a new product, Osborne had triggered a catastrophic collapse in demand for his existing products. Unbelievably, Apple has just managed to repeat the feat with the 10th Anniversary Edition of the iPhone, the iPhone X.

By prematurely talking up the iPhone X, Cook practically killed off Apple’s current line-up, both the iPhone 8 and 8 Plus (there is no iPhone 9 by the way).

When the AAPL Q4/2017 results begin rolling down the stock ticker, Wall Street will be up in arms… For Apple investors, billions of Dollars are going to evaporate. Wall Street is unforgiving when you miss the ball like that.

Tim Cook had bet the proverbial farm that the iPhone 8 and iPhone 8 Plus would dominate Christmas 2017 (and the Q4 2017 results). In the past, that’s been usually the case; but in the past, a new generation of the iPhone (“iPhone N+1”) followed no less than a year after an existing iPhone (“N”, if you will). Apparently, he had naively thought that the premature announcement would heat up sales—but it merely turned the newest iPhone into yesterday’s technology.

The iPhone X is now on the mind of every Apple user, and not just an Apple user, mind you. Since Microsoft basically canceled the development of Windows Phone, even Windows users might be tempted to consider an Apple device (if not an Android smartphone like the Samsung Galaxy 8 or the Google Pixel 2).

Since Satya Nadella took over the reigns of Microsoft, the software behemoth has been turning the corner and is now officially back on track. The Surface Pro 4, Microsoft’s most recent laptop, looks like an Apple MacBook Pro should actually look. Windows 10 became a success, and a huge one at that. Even so, Nadella still has to live with the results of his predecessors’ other major missteps.

At the beginning of the smartphone revolution, Microsoft dismissed it as irrelevant (because it’s OS wasn’t ready) and it missed the boat as a result. Today, the world of smartphones revolves around Apple’s iPhone family and Android devices. Microsoft is only a very, very distant third and mostly an irrelevant bystander.

The iPhone X wasn’t tested thoroughly enough. How do we know? The necessity for major last-minute corrections for problems such as the burn-ins and the faulty facial recognition sensors made Apple’s timeline totally moot.

To everyone’s surprise, Apple is chronically short on devices. For the iPhone X launch weekend, Apple has allocated only between 2 and 3 million devices. Compare that to the launch of the iPhone 6S with a much more generous 13 million units for a similar launch weekend and you get the picture.

Unfortunately, it doesn’t get better for the whole 4th quarter. For the Q4 2017, Apple is short on devices by a whopping 50% of estimated demand. Apple reportedly expects the availability of only 20 million devices instead of the 40 million it actually intended to sell. While these numbers are only internal Apple projections, they still show the enormous disconnect between the planning and the actual results.

Apple decided to implement the OLED technology without having the slightest idea in terms of the consequences this would entail.

OLED does not exist in “pure” OLED fashion. It comes either as POLED (Google) or as AMOLED (Samsung).  Since OLED wasn’t invented in Cupertino, nobody there seemed to bother to understand the differences between AMOLED and POLED. Also, nobody dared to ask about it in order not to look foolish. Apple has a strong top-bottom corporate hierarchy. There is no flat management to speed up projects. There is no way to question the higher-ups without jeopardizing one’s job.

As a result of many bad implementation decisions, ramping up the iPhone X production in 2017 wasn’t possible as fast as it would have been necessary.

Also, Apple iOS 11 was in dire need of a pixel shifting technology in order to avoid the “burn-ins” (which in the meantime are beginning to surface) and this meant an even further delay.

On top of it, Apple’s top management had to decide if they wanted to use POLED or AMOLED and how to define the quality benchmarks for this new display technology. How much burn-in is OK? Can it be prevented or only mitigated?

As a result of these hiccups, the launch of the iPhone X has been delayed.

Apple’s PR is always tight-lipped about hard numbers. However, if you dig deeper you can come up with reasonably exact estimates.

Localytics, the undisputed leading mobile engagement platform for 2.7 billion devices and over 37,000 mobile and web apps, has some interesting numbers. Localytics processes a mind-blowing 120 billion data points per month. Let that sink in for a moment. 120 billion data points. So, there is indeed intel on how Apple’s latest iPhone is really doing.

The study above by Localytics is based on more than 70 million iOS devices globally.

In order to find out the hard truth about the failed iPhone adoption rate–which Apple doesn’t want you to know–Localytics examined the relative percentage of iPhones in the first weekend after each device’s release. The iOS report, which Cupertino is trying to hide, was compiled by counting all iPhones eligible for an iOS upgrade. In order to keep the numbers straight (without any phony PR tricks), all iPhones that automatically included the new OS version had to be excluded. After all, it’s not really an update if it’s on the device by default anyway. The timeframe for the iPhone adoption data was Sept 22nd through Oct 22nd at 11 am PT. The timeframe for the iOS adoption was Sept 19th- Oct 22nd at 11 am PT.

It’s very hard to find a large phone provider who also offers Apple iPhone willing to speak out. Apple is known to retaliate against those who bluntly share their insights. Luckily, some Canadians believe to be far enough from the reach of Cupertino that they dare to spill the beans:

“The chief executive of Rogers Communication, Canada’s largest mobile network, on Thursday said appetite for the iPhone 8 and 8 Plus, which went on sale in September, had been “anemic,” the latest sign of weak sales for those phones ahead of the Nov. 3 launch of the pricier iPhone X.”

Ming Chi Kuo is a well-known analyst in Apple circles. He inadvertently dropped the bomb when he stated that Apple would miss its widely predicted “super cycle”. The controversy around how to mitigate burn-ins in OLED (POLED/AMOLED) and how to implement the “pixel shifting technology” in iOS 11 delayed the iPhone X hardware considerably.

Whether the implemented changes will make the burn-ins just merely less pronounced or whether it will really fix them, is yet unknown. Prospective iPhone buyers might want to wait for the iPhone 8 Plus to considerably drop in price and those interested in an iPhone X will also likely wait and see if Apple really will have fixed the burn-ins on its OLED displays.

It sounds like Apple already has enough trouble on its hands. Unfortunately that’s not all.

In addition to the burn-ins, the Face ID facial recognition sensor seems to be causing problems in ramping up the iPhone X production.

The takeaway for investors

Apple hoped that weaker sales of the iPhone 8 and 8 Plus would be compensated by the iPhone X, on which all the hope is riding. However, industry analysts believe that Apple will have enough iPhone X in stock only after Q1 2018 or worse probably as late as sometime in Q2 2018. That means that the Q4 2017 and Q1 2018 will disappoint Wall Street and wipe out billions of dollars off of AAPL’s valuation, which Cupertino kinda took for granted. The toxic combination of unexpectedly weak iPhone 8 sales [who in their right mind would want last years’ model?] and very limited iPhone X stock could change the narrative.

Wall Street recently experienced the biggest boom in a decade and it will have no understanding for a half-baked iPhone X launch. That’s not the way Wall Street expected Apple to “celebrate” the 10th anniversary of the iPhone. It’s a total screw-up!

What’s in for the rest of us

Sit back and relax! You most likely own an iPhone already. A new smartphone is not that exciting and hardly an urgent purchase for most of us tech afficionados. You can simply sit back and watch the iPhone 8 and 8 Plus drop in price by late Q1 2018, then continue waiting until a much cheaper iPhone X hits the FedEx delivery ramp sometime in Q2 2018. Having disappointed Wall Street around Christmas 2017 with an iPhone 8/8 Plus no one wanted and with the X meltdown (literally), Cupertino will have no choice but to slice its margins and drop the prices.

Related: Apple’s switch from Qualcomm to Intel chip sets and what it means for you