Home Photography The secrets of RAW photography and non-destructive editing: why the Digital Negative is your best friend 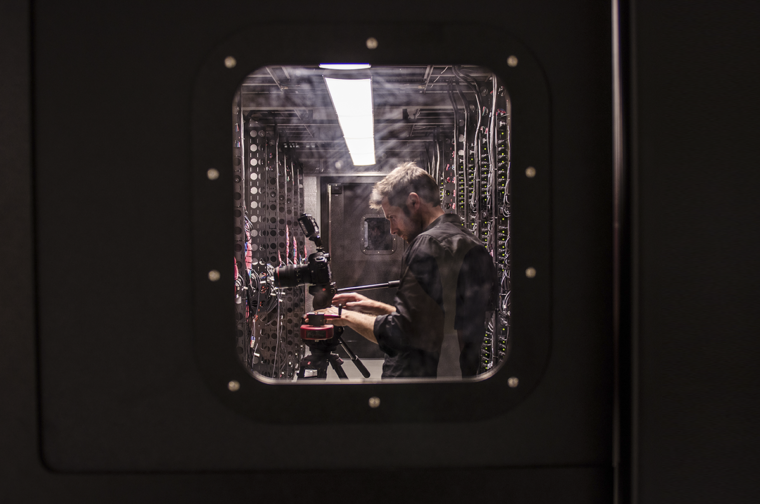 Do you enjoy pushing the envelope of creativity in a quest for timeless perfection? Only RAW photography can get you there.

Are you one of those creatives who are striving for the unforgettable look of ultimate perfection? It’s time you began shooting RAW photography and made Adobe Digital Negative your best friend.

RAW or not — this is a decision you have to make right at the get go. This decision will affect not only the quality of your photos but also your ability to edit them both now and in the future.

The two camera settings most commonly used are RAW and… not RAW, with JPEG, PNG and TIFF being the most popular options.

Perhaps the worst thing you could do is shooting JPEG. Then again, the other file formats are (almost) just as bad.

JPEGs and PNGs offer you the ultimate convenience. JPEGs and PNGs may seem tiny in size and easy to handle as they will open in almost any software (including a web browser). You can share them with anyone straight off of your memory card. Even so, this convenience comes at a price.

One of the hallmark of these file types is their use of efficient compression algorithms.

Unfortunately, the JPEG algorithm is lossy. It reduces an image to a fraction of its original file size by selectively discarding (or modifying) color information. While the luminance values (a measure of brightness) are reasonably preserved, some other data will be invariably lost. This results in unsightly artifacts. They tend to be more visible in color gradients (for example in skin tones), but also around the edges of an object exposed in front of a contrasting background.

JPEG compression is heavy-handed even when you do not see an obvious loss of quality. PNG can be either lossless or lossy depending on bit depth. TIFF is lossless, but larger than PNG. Even so, each of these image formats causes you to irreversibly discard some of the information that was captured by the sensor of your digital camera. This happens without you ever seeing a warning. Each time you save your photos as anything other than a digital negative, you end up irreversibly destroying image quality.

While the Camera Raw module in Adobe Photoshop will process JPEGs, PNGs and TIFFs alongside RAW and DNG photos, it cannot make up for the information that the image you are trying to edit did not contain to begin with.

You will never be able to undo the conversion except by discarding your JPEGs, PNGs and TIFFs and starting from scratch with the digital negative. For this reason, it is best to postpone saving a JPEG, PNG or TIFF version of your photos until as far into the creative process as possible, preferably even until the very last step: the final output.

Your camera’s manufacturer gave your DSLR (and smartphone) the ability to shoot RAW and/or DNG for a reason.

Why digital negative is your best friend

In photography, the term RAW refers to a file which contains unprocessed data the sensor of the camera captured through the lens. They include unaltered sensor image information in its most pristine form along with sensor-specific metadata. These metadata are required to correctly interpret the actual image information in a RAW file.

In addition, RAW files can also carry other information such as image-specific metadata (including exposure settings, the lens model and geolocation tags) and a JPEG or TIFF a preview.

Some photographers may refer to RAW images as digital negatives. The parallels between a film negative and a RAW file are indeed striking. Just as you could not make much visual sense by looking at an undeveloped film negative, you cannot easily access a RAW image. One film negative could produce prints of different quality depending on the process used. By the same token, one RAW image can be processed in a variety of ways resulting in different characteristics of the final “print”.

There is more to a digital negative than meets the eye

A digital negative stores far more information than the human eye can even perceive. RAW files can capture color information at 12 to 24 bits per pixel. (For comparison: the JPEG file format is limited to 8 bit per pixel). Some loss of color depth during conversion is thus inevitable. By shooting in digital negative you retain the ability to prioritize the information you want to preserve.

RAW photography has some downsides, though. For one, digital negatives are huge. As a result, they tend to be expensive in terms of space. You could comfortably fit up to a thousand JPEGs on the space occupied by a single RAW image (convenience is the keyword here). After your memory card fills up with RAW files, you may still be able to continue shooting JPEGs — but you wouldn’t want to.

RAW photography has some downsides, though. For one, digital negatives tend to be huge and this expensive in terms of space requirements. You could comfortably fit up to a thousand JPEGs on the space occupied by a single RAW image (convenience is the keyword here).

The joys and perils of RAW photography

The terms “RAW” or “digital negative” convey a false hope of being standardized and interchangeable. The problem with RAW is that there are as many variants of it as camera models out there.

While Raw files generally conform to an ISO standard, there is no such thing as “the RAW file format”. Every DSLR generates its own. Canon has .CRW and .CR2, Minolta has .MRW, Olympus has .ORF and Nikon has .NEF.

Not only does every camera maker use their own digital negative but different camera models also write this information differently. A software may be able to open RAW files of one type but not of another.

Here comes the kicker: as time goes by, older RAW photos may become unusable much the same way you can’t play a vinyl record on your smartphone unless you go through a conversion process (in this case, following digitization).

Your ability to open RAW files rides on the hope that software makers will continue supporting your camera model in each consecutive release. This is not a safe assumption. On the contrary, the risk is real that they won’t. In other words: the same RAW file which you can easily edit today in a professional image editing application such as Adobe Photoshop may present serious problems in the future.

The rendering of a RAW image relies on two key processes: white balancing and color grading. To make sense of RAW data, you will always need a software which understands the inner workings of the sensor of your camera.

How can you reasonably future-proof your RAW photography? That happens to be easy: by converting your RAW files into a universal digital negative format, for example Adobe DNG.

Adobe Digital Negative (DNG for short) is an open standard independent of any vendor. It was originally developed by Adobe in an attempt to maximize compatibility of RAW files with future releases of Photoshop. Adobe DNG was designed to guarantee the preservation of your photos.

Many camera manufacturers support it so you may be able to select it in-camera at the time of your photo shoot. Alternatively, you can also use tools such as Adobe Photoshop or Adobe Photoshop Lightroom to convert your RAW photos into DNG files for long-term archiving. It could even be a good idea to repeat this conversion from time to time.

Working with the digital negative of your photos has another upside. Unlike film negatives, your digital negatives will not degrade. Quite to the contrary, they could even improve in quality as time goes by. How is that possible? Both cameras and software tools are constantly evolving — mostly for the better. As the software improves, the images you “develop” from your old digital negatives will also likely look better.